Here’s an article, written by Du for our friends at  Joyous Health on the importance of docosahexaenoic acid (DHA) on the developing human brain.

Ever wondered if mercury in fish is a concern? Whether vegetarians can consume adequate DHA via flax seed oil? All will be illuminated. 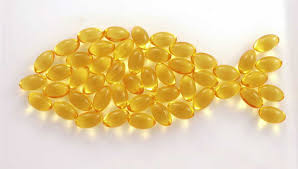 A while ago we were interviewed on fish oil supplements in general, but practically, is there a difference in quality between products (which, as with most things, is generally reflected in cost of products on the market).

Ultimately, the interview wasn’t published, but the information is useful, so here it is:

Do you think all fish oil supplements are created equal?

No. As with all things, you get what you pay for.

From a safety perspective, any product sold at a major retailer in Canada is “safe enough”.

A key question is: are you getting what you’re paying for? The “point” of using fish oil is that it is rich in eicosapentaenoic Acid (EPA) and docosahexaenoic Acid (DHA). These are the specific chemicals present in fish oil that have been demonstrated to provide the various benefits associated with fish oil consumption. Higher quality products will usually have a much greater standardized (“guaranteed”) amount of these chemicals in every dose.

Higher quality products will more likely contain EPA and DHA in “triglyceride” form (as opposed to ethyl ester form). Fish oils are “esterified” in the process of concentrating EPA and DHA from the raw material. To return them to their natural, triglyceride form is costly, but at least one (small-size) study found that this measure increases absorption in the body by approximately 70% (note: some manufacturers claim esterified EPA and DHA are not less absorbed, but only more slowly absorbed, and owing to the relatively long life of fatty acids in the cell membrane, the speed at which they are absorbed is not relevant). Whether or not a product contains ingredients in esterified or triglyceride forms is not a labeling requirement, so you will have to check the manufacturers web site to confirm this. If a company’s product is in triglyceride form, they will be keen to let consumers know this, so it should be easy to determine.

Higher quality products will often also contain added, beneficial nutrients, for example vitamin D, which is a very important bone health, and is well-absorbed in an oil base; or plant sterols, which are beneficial for cardiovascular health (the reason many use fish oil supplements).

Finally, EPA and DHA have different benefits. I alluded to a generally recommended dose above, but research supports the use of different amounts of EPA or DHA as being beneficial for different conditions. Higher-quality brands often offer “high-EPA” or “high-DHA” options that better suit a patient’s specific requirements.

Are there processes in the manufacturing of omegas that make one brand cleaner than another?

For the purpose of assessing safety, the most reasonable approach is to see if a company’s product is evaluated for a safety and purity by some third party.

A second consideration with regard to “cleanliness” of fish oil products is how well it is preserved after production. High quality products should contain anti-oxidants that protect the finished product from rancidity during the time it moves from producer to retailer to consumer.

What are some of the concerns or dangers with brands that do not have certifications? Do we even need to worry about this in Canada when products have an NPN?

I wouldn’t say there are “dangers” associated with products not having independent certifications, but “concerns” are all those listed above with regards to quality.

Natural Product Numbers (NPNs) offer only the most basic protections, primarily against false claims (e.g., preventing a fish oil manufacturer from claiming that their product can make you taller), but does not much address true differences in quality between products.

An analogy may be regulations regarding automobiles sold in Canada: there is a basic safety and quality threshold that must be met for a manufacturer to sell their car in Canada, but there is a definite “gap” in quality between (most) luxury cars and (most) economy cars.

How do we know a product is free from heavy metals. For example, if a fish oil is derived from Tuna which can be high in mercury is it safe to assume that if it’s molecularly distilled it will be free from contaminants?

“Molecular distillation” is considered the most effective means of purifying fish oils. It does not guarantee 100% purity (which, I don’t know if is possible), but reduces contaminants (e.g., mercury, polychlorinated biphenyls [PCBs]) to very, very low, safe levels (to the order of less than 0.01 parts-per-million mercury).

Is there an advantage to taking a liquid omega vs a capsule?

There are several considerations when choosing between liquid and capsule forms of fish oils:

The advantages of capsules include that they are more stable/less prone to rancidity (the capsule material provides a barrier between the fish oil and oxygen; liquid forms often contain anti-oxidants that protect against rancidity – there is research that supports this, but I can’t recall the reference), and may be more palatable to some.

Fish oils in liquid form often contain higher levels of EPA and DHA than capsules, and therefore are more cost-effective. From a taste perspective, many are now quite good-tasting, and for this reason may be preferred by persons who can not swallow large capsules.

Anything else you want to add?

Fish oils are best absorbed from fish itself, certainly if when compared to esterified supplements. Although fish oil supplements allow for greater concentration of EPA and DHA than dietary fish, they should not be considered a substitute for fish consumption.

Fish oil is best absorbed with oily foods. If adding a liquid fish oil supplement to a smoothie, do not use water as the smoothie base.

If your fish oil supplement has a “fishy” taste or smell, it is likely compromised and should be replaced.

Lastly, there is no “perfect” fish oil product. As a guideline, select a fish oil supplement that:

Hey mammas-to-be, how is your nutrition going? It