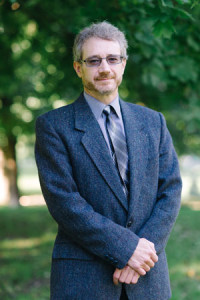 John MacIntosh is a licensed naturopathic doctor, registered massage therapist and one of the most experienced practioners of Suikodo™ (a unique form of bodywork that may be defined as a type of “neuroplastic massage”) in Canada.

John’s practice is focused primarily on management of chronic pain of all origins, particularly:

John graduated as a registered massage therapist, with honours, from Kikkawa College in 1996, and from the Canadian College of Naturopathic Medicine in 2003. He spent 13 years studying Suikodo™ with the man who discovered and developed it, Sensei Mitsuki Kikkawa, C.S.T., R.M.T., and has written about and taught Suikodo™ since 2002. He has also completed additional training in classical “Hahnemannian” homeopathy. John was awarded the New Practitioner of the Year award by the Ontario Association of Naturopathic Doctors in 2004.

John lives in Milton, Ontario, and is the father of three energetic boys. He enjoys fishing, camping and outdoor activities.

Naturopathic medicine and Suikodo™ treatments provided at Toronto Centre for Naturopathic Medicine are covered by most extended healthcare plans.

"My goal is not to be better than anyone else, but

Hey Everyone! Our clinic has been nominated for

Have you looked at your extended health coverage l

The art of 🌱 growth.

The look on Dr @drjwund face when her clients feel

Since our re-opening back in June, we have been of